What We Do Who We Are Get In Touch We're hiring
Driving Strategic
What We Do
DotVentures helps companies maximize their customer acquisition through a combination of people, partnerships, data, and technology. 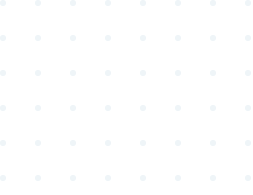 Who We Are
DotVentures is a leading provider of new customers to the insurance industry. Our warm transfer call process, PMP lead network, O&O websites, real-time analytics, and flexible targeting options combine to deliver unmatched lead quality and ROI to our customers.
Get in touch 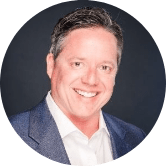 McClure has a B.S. in Marketing from the University of Oklahoma and studied international business in Holland at the Noordelijke Hogeschool, Leeuwarden. 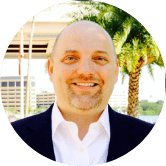 Chad Jaquays is the Chief Operating Officer of DotVentures. Chad focuses on marketing and automation through the development of the DotVentures Business Platform (DVBP).

Prior to joining DotVentures, Jaquays co-founded Traffic Strategies.com with McClure in 2000 where he led the development of their PPC bid management platform, automated the discovery of expired domain names, and developed a Search Engine Optimization application that helped websites rank in Google. Traffic Strategies.com was acquired by Rakuten in 2007.

In 2009 Jaquays was CEO and Founder of CrowdSavings, a daily deal site that expanded through an aggressive roll-up strategy of over 20 US-based competitors. After selling CrowdSavings in 2013 Jaquays rejoined Rakuten as SVP of Search and later became SVP of Rakuten's Global Publisher Group.

Chad has a B.S. in Marketing from The University of South Florida.

Get in touch
Please fill out the quick form and we will get in touch with lightning speed!
Our Offices
102 West Eufaula St.
Suite 200
Norman, OK 73069
401 East Jackson St.
Suite 3300
Tampa, FL 33602
Seafirst Fifth Avenue Plaza
800 Fifth Avenue, Suite 4100
Seattle, WA 98104
We are hiring
DotVentures is always looking to add talented people to our expanding team.
Check all open positions

Thank you for your contact request. We will get back to you shortly.